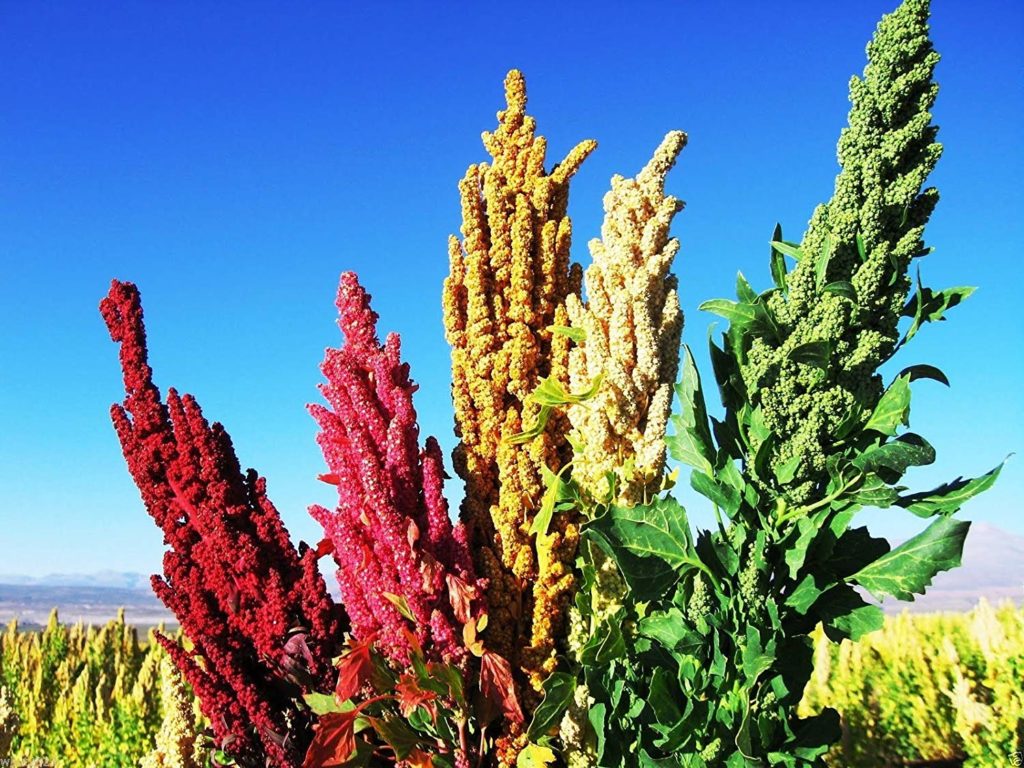 Quinoa (Chenopodium quinoa) is a pseudo cereal, a non-grass grain with similar properties as a typical cereal grain. It is one of the world’s most adaptable crops and can be grown in areas with relative humidity from 40 to 88 percent, from sea level to 4000 m, from -8 to 38°C, and from 100-200 nm of precipitation.

The majority of the world’s Quinoa is produced on the southern Altiplano, an area in the high Andes that covers much of western Bolivia and southern Peru. The Altiplano has famously saline soils, low rainfall, and severe temperature fluctuations that render the land inhospitable for most crops. As a result, Quinoa has served as the primary grain crop in the region for hundreds of years.

Given Quinoa’s critical role in the Andean diet through the ages, it holds considerable cultural importance amongst the Altiplano’s indigenous communities. The Incas called it chisaya mama (“mother of all grains”), featuring the grain in myriad ritual procedures.

Quinoa is considered a superfood and is a complete protein with all 9 essential amino acids. Quinoa is also a good source of riboflavin, iron, fiber, manganese and is rich in a number of minerals and vitamins. 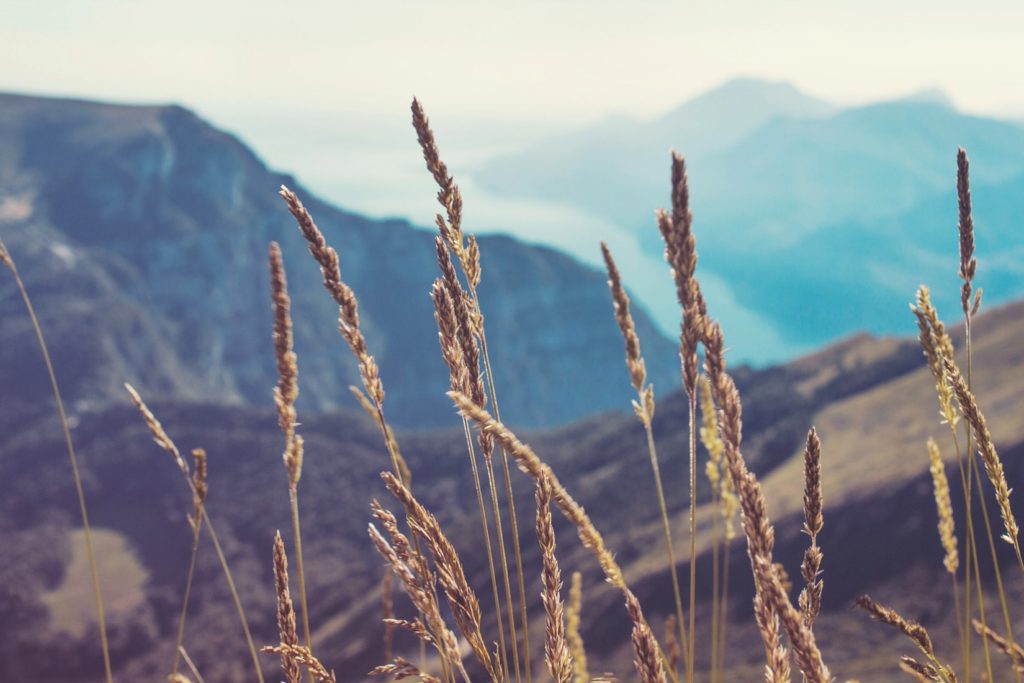 Brown rice is whole-grain rice with the inedible outer hull (the husk) removed. (White rice is the same grain with the hull, bran layer, and cereal germ removed.)

Brown Rice and White Rice have similar amounts of calories and carbohydrates, while Brown Rice is a whole grain and a good source of magnesium, phosphorus, selenium, thiamine, niacin, vitamin B6, and manganese, and is high in fiber. Due to the removal of the husk, the bran layer and cereal germ, White Rice has different nutritional content.

At Coronilla (and for the Bio XXI product range) only organic Brown and White Rice grown in the Andean regions are used. 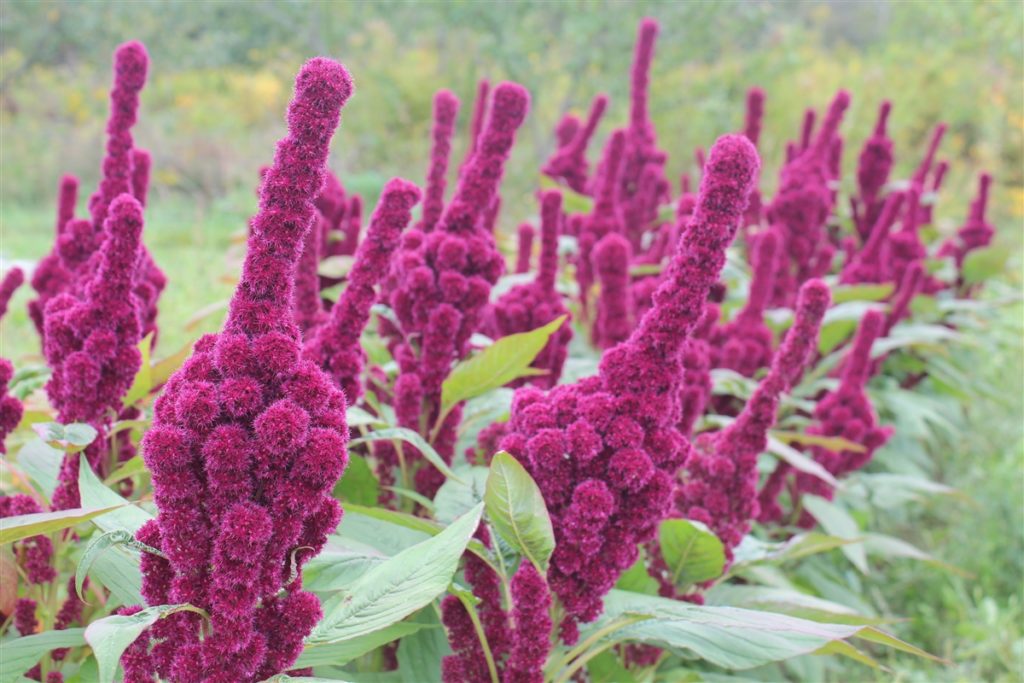 Amaranth is an annual or short-lived perennial plant, found in most part of the world. Some amaranth species are cultivated as leaf vegetables, pseudo cereals, and ornamental plants. There are over 60 recognised species of Amaranth and most of them are summer annual weeds. Its slim cylindrical and densely packed flowers grow from the stem and mostly found during summer and autumn. There are approximately 60 species recognized, with leaves ranging from purple, through red and green to gold.

Amaranth is an excellent source of protein, dietary fibre, and some dietary minerals. It is particularly rich in manganese, magnesium, iron, and selenium. Cooked Amaranth leaves are a rich source of vitamin A, vitamin C, calcium, manganese, and Vitamin B9. Furthermore, Amaranth is naturally Gluten Free. 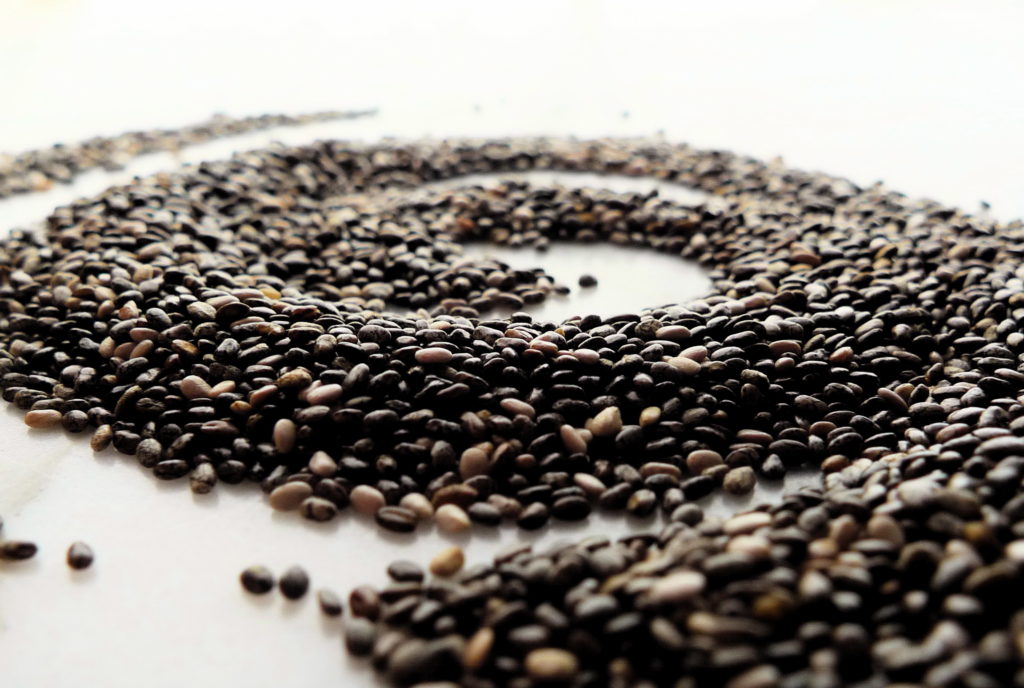 Chia is the edible seed of Salvia Hispanica, a flowering plant of the mint family, growing naturally in Central America, or of the related Salvia Columbariae of the southwestern United States and Mexico. Chia seeds are small, oval and gray with black and white spots. The seeds can absorb up to 12 times their weight in liquid when soaked and developing a gluey coating that gives Chia-based creams and beverages a distinctive gel texture.

As with Quinoa, the Chia plants heritage goes back hundreds of years and was cultivated by the Aztec people of Central America. Today, Chia seeds are cultivated on a small scale in their ancestral homeland of central Mexico and Guatemala and commercially throughout Central and South America. 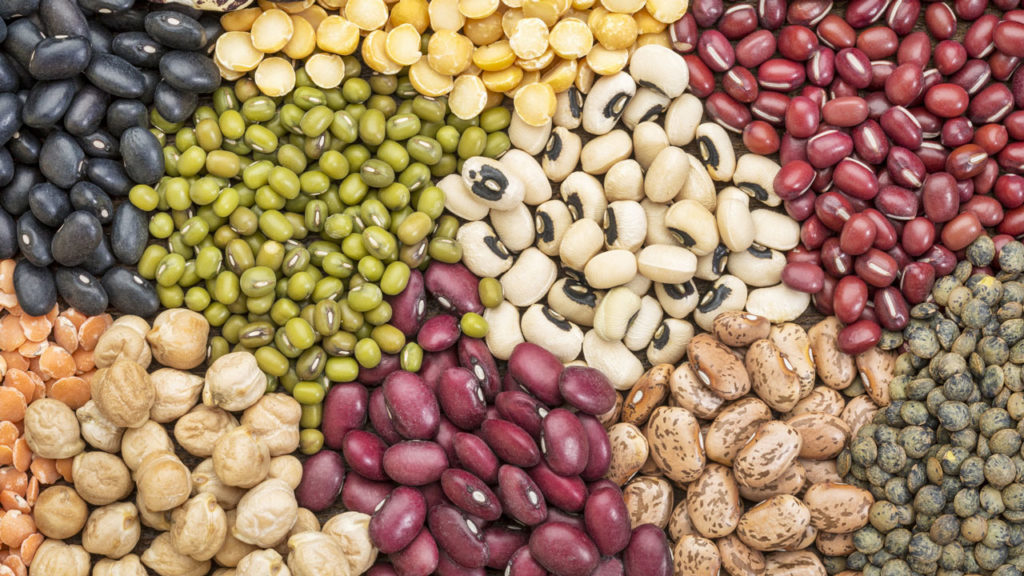 A Legume is a plant in the family Fabaceae (or Leguminosae), or the seed of such a plant (also called pulse). Well-known legumes include alfalfa, clover, peas, chickpeas, lentils, lupin bean, mesquite, carob, soybeans, peanuts and tamarind. Legumes are a significant source of protein, dietary fiber, carbohydrates and dietary minerals.

Legumes are great sources of fat, protein and carbohydrates. Different varieties contain varying amounts of these nutrients, with beans, nuts, peas and lentils all having unique nutritional profiles. Although these foods are a staple of vegetarian diets, non-vegetarians can also benefit from eating more legumes. For example, replacing red meat with a serving of black beans lowers your fat intake while boosting your fiber and protein intakes. 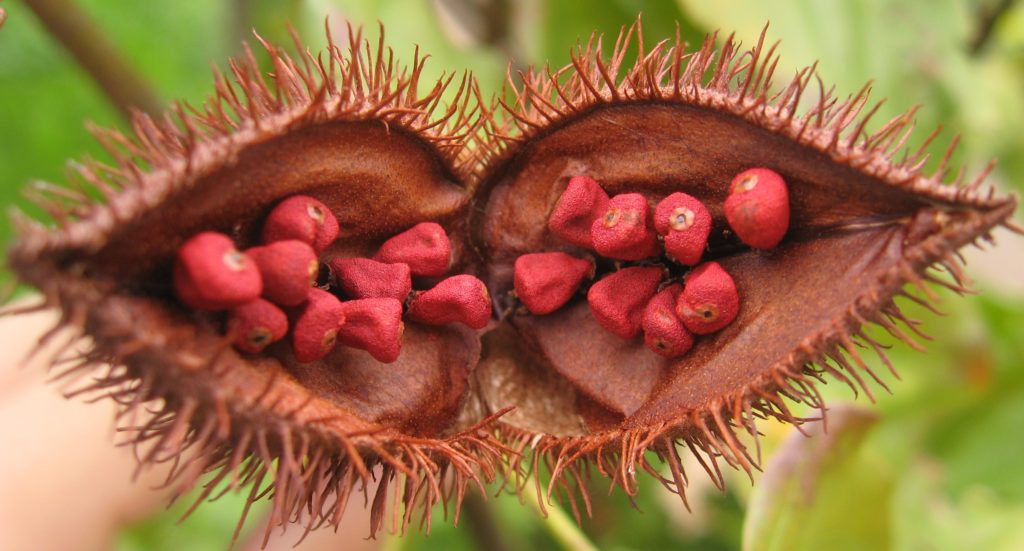 Annatto is an orange-red condiment and food colouring derived from the seeds of the Achiote tree native to tropical regions from Mexico to Brazil. It is often used to impart a yellow or orange colour to foods, but sometimes also for its flavour and aroma. Its scent is described as “slightly peppery with a hint of nutmeg” and its flavour as “slightly nutty, sweet and peppery”. 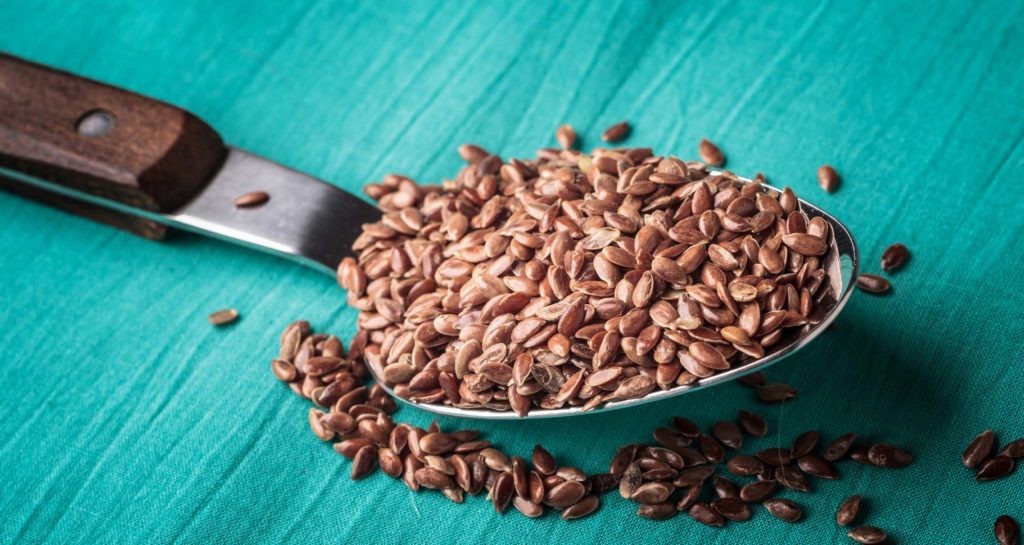 Flax (Linum usitatissimum), also known as common flax or linseed, is a food and fiber crop cultivated in cooler regions of the world and the seeds can be ground into a meal or turned into linseed oil, a product used as a nutritional supplement. Flax is also grown as an ornamental plant in gardens. Moreover, flax fibers are used to make linen. The specific epithet, usitatissimum, means “most useful”.

Flaxseeds produce a vegetable oil known as Flaxseed oil or linseed oil, which is an edible oil obtained by expeller pressing and sometimes followed by solvent extraction.

Xanthan Gum (E415) is an effective thickening agent and stabilizer to prevent ingredients from separating. It can be produced from simple sugars using a fermentation process and was approved for use in foods in 1968 and is accepted as a safe food additive in the USA, Canada, European countries, and many other countries, with E number E415, and CAS number 11138-66-2.

In foods, Xanthan Gum is common in salad dressings and sauces. It helps to prevent oil separation by stabilizing the emulsion, although it is not an emulsifier. It also helps suspend solid particles, such as spices, and helps create the desired texture in many ice creams.

As Xanthan Gum does not change the colour or flavour of foods or beverages at typical use levels, it is often used in Gluten-free baking, where it gives the dough or batter the stickiness that would otherwise be achieved with Gluten.

Potassium bitartrate, (commonly known in cooking as Cream of Tartar) is used for:

Except for the above listed ingredients, Bio XXI’s product range contains a variety of flavour enhancing ingredients (mostly organic), such as: